Prednisolone is a synthetic form of corticosteroid hormone made by the adrenal glands. Its main function is to reduce inflammation in the body, which is why it’s commonly used to treat inflammatory conditions. Prednisone also weakens the immune system, which comes in handy when treating autoimmune conditions where the immune system mistakenly attacks its own cells. 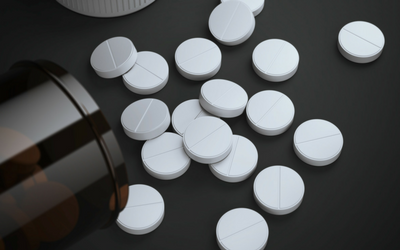 Prednisolone is used to treat a variety of conditions, some of which are:

Prednisolone is commonly produced in a tablet form although concentrated prednisolone solutions taken orally are also available. This drug is a prescription medication and is usually administered at the lowest dose possible and for the shortest possible duration. The dosage should be individualized according to the severity of the illness and the patient’s response to this drug. Patients who are administered this drug should also be closely monitored and drug dosage should be adjusted accordingly from time to time.

This medication may cause several side effects, including:

Prednisolone is contraindicated in certain conditions. Those include:

Since there is not much clinical evidence available regarding the usage of prednisolone in pregnant mothers, it should be given with caution after careful assessment of the potential risks and benefits to the mother and fetus. However, breastfeeding mothers can be given this medication as it rarely affects the baby. Prednisolone should also be used with caution when given concomitantly with other medications such as phenobarbital, carbamazepine, phenytoin, NSAIDs, rifampicin, isoniazid, anticoagulants, and antihyperglycemic drugs as these drugs could reduce the efficacy of prednisolone or could potentially cause some serious side effects. For example, the concurrent usage of NSAIDs with prednisolone may increase the risk of developing peptic ulcers or gastrointestinal bleeding.

In conclusion, prednisolone remains the mainstay treatment for most inflammatory conditions. However, long term use of prednisolone may lead to some adverse effects as mentioned. This drug should always be used with caution and only taken as prescribed by the doctor. Prednisolone should never be stopped immediately as this could result in secondary adrenal insufficiency or ‘steroid withdrawal symptoms’.