Chaga is often stated as the ?king of Medicinal Mushrooms? and it is gaining a lot of popularity in the west because of its unique and effective health benefits. It is now a day being used as tea because of its appealing taste and is known as Chaga tea. While in Asia the benefits of Chaga have been known since centuries. And the countries like Russia and Siberia and some other parts of Asia have been using Chaga tea from the beginning.

Chaga is basically 10? to 16? in size and is a dense black mass of Mycelia. And where the birch tree is infected by the non-toxic parasitic fungus known as Inonotus Obliquus, it appears there. From the outside, it looks like a burnt charcoal and gives a texture of cracked and hard black exterior and we state it as sclerotia (singular sclerotium). 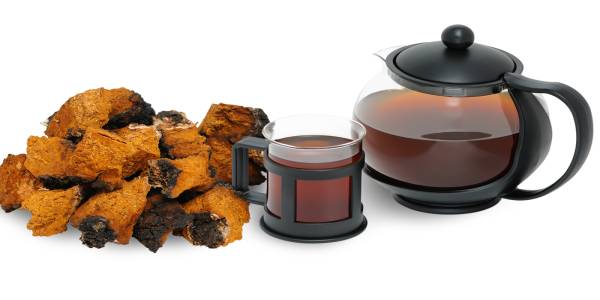 How to make simple Chaga tea:

If you are looking for a way to convert the raw form of Chaga into Chaga tea then no need to worry because here I am going to tell you that how this works. Sometimes Chaga is brought into a fine powder and then its tea is made. But that?s not necessary at all.