Many people detest traditional “cardio” but every time I go into a gym, the cardio-machine section is usually full of people puffing away “trying” to get fit, while the strength training area is somewhat like a ghost town. There are almost always people bouncing up and down on the elliptical machines, watching the television. I could return a year later and these same people would just be watching a new version of the same show and they still wouldn’t have had much weight loss success and they certainly wouldn’t be well rounded in their fitness. Many probably would have actually gained body fat. In addition, these same people would be more susceptible to the common cold and similar disorders because their immune system is breaking down from being run down by the same old “exercise.” 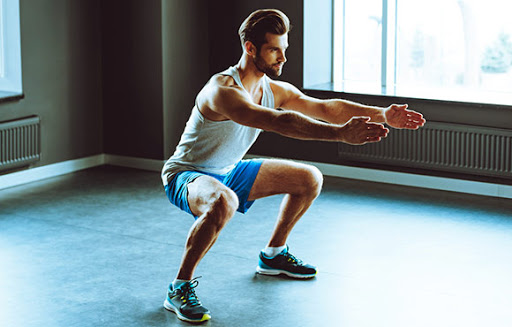 Sure, a steady routine of nothing but cardio will help burn some calories, but at the expense of muscle mass and strength. Who wants to be burning up muscle? Too much sustained cardio results in an increase in cortisol levels, in turn resulting in increased abdominal fat, broken down muscle tissue, a depleted immune system, and from an appearance side… it creates a “soft” look… the “skinny fat,” if you will.

Like many of my clients using one of the personal training programs I offer at https://transformingstrength.com/programs/ I suspect giving up your progress in the gym or valuable training time by going overboard on monotonous soul sapping cardio just isn’t an option.

There are plenty of people out there who argue that everyone needs to do long bouts of cardio to prevent cardiovascular disease. But we now know from research, that conditioning can provide the same cardiovascular benefits, if performed properly, and I promise you, it doesn’t have to be boring. Strength training using high intensity techniques like extended sets and keeping rest periods short, not only burns a ton of calories, keeps them burning after the workout is over, but also claims one of the most effective ways to build muscle.  If you run, bike, swim, row, elliptical, stair climb, or perform any other mode of traditional cardio, turn it into conditioning by using intervals.  Don’t get caught up worrying about the perfect length, just be sure to go hard for twenty seconds to a minute, then take a short rest or recovery period of easy effort and repeat for twenty to thirty minutes. The next time you condition, change the length of the intervals.

If you are tired of overuse injuries, boring routines, fighting for a cardio machine, being glued to the same spot, living with slow fat loss progress, or frustrating results for your valuable time spent at the gym, seek out the strength training room, and above all, focus on getting fit with conditioning.  The power of resistance training and conditioning hold the keys to your fitness success.